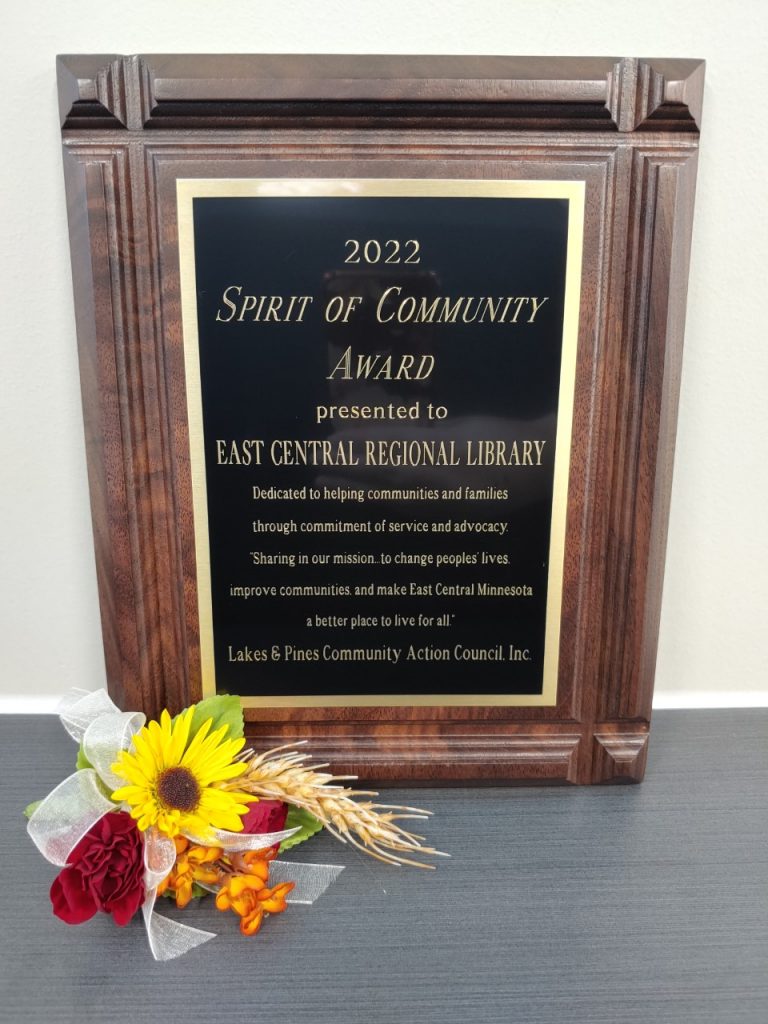 The votes are in, and the winners have been announced!  Here are the authors and books that received major literary awards in 2013:    THE NOBEL PRIZE IN LITERATURE – Alice Munro   Cited as a “master of the contemporary short story”, Munro is the first Canadian to receive the Nobel Prize in Literature.  She […]

Now that fall is just around the corner, what a better time to settle down with a good book – and a good book written by a Minnesota author.  The Minnesota Book Awards was created in 1988 by The Friends of the St. Paul Public Library and other libraries as part of the Festival of […]

Searching for a Grammy

When I was working the desk in a library in another state I both loved and hated certain times that elicited an increased amount of the calls we frustrated librarians called pursuit of trivia. Many of the calls came from Grammy Awards Night parties (or even Super Bowl parties). Tonight if you’re watching the Grammys […]

Mille Lacs Lake Community Library awarded $500 Thirteen year old Willow Skogen of rural Isle was selected as a winner in this summer’s “One World, Many Stories” @ Saving for College” sweepstakes, sponsored by the Minnesota Department of Education, State Library Services and the Minnesota College Savings Plan. Mark and Cameo Skogen, parents of Willow, […]

On the evening of March 7, 2010, the 82nd annual Academy Awards were presented at the Kodak Theatre in Hollywood. The Academy of Motion Picture Arts and Sciences was officially organized on May 4, 1927, but the first “Oscars” were not awarded until May 16, 1929. That evening, in the ballroom of the Hollywood Roosevelt […]